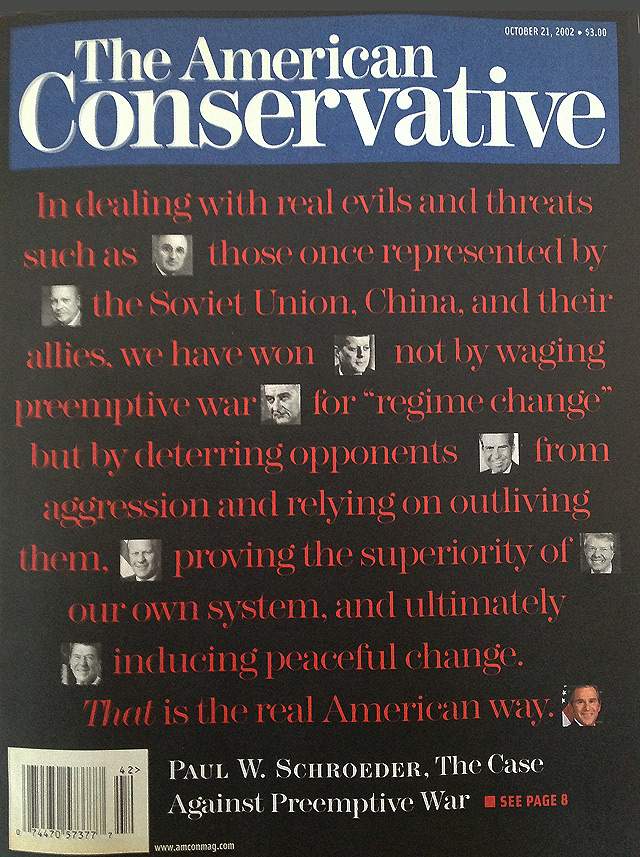 In 2002, during the lead up to the Iraq War, conservative commentators Scott McConnell and Taki Theodoracopulos were shopping for a publication to buy as a platform for their anti-war columns. They enlisted Angelo Matera as a consultant to analyze a property there were considering. He suggested instead that launching a new publication would be much less expensive, and put together a business plan to prove it. They liked the idea, asked Pat Buchanan to join them, and The American Conservative was born.

Matera engineered the business and operational end of the launch, using the low-cost format of The Nation as a model (TAC was printed by the same printer Fry Communications). He didn’t skimp on graphic design though, hiring Garcia Media, the nation’s top publication designers (TAC’s readers might be intrigued to know that the magazine was designed by the former art director of the Village Voice, Vibe, and New York magazine). Contrary to industry opinion at the time, which predicted a quick demise, The American Conservative continues to publish as a leading voice of contrarian conservatism, having anticipated the emergence of populism.